Last weekend, we headed to nearby Wigan for some quick back to back escapes at the recently opened Adrenaline Escape. Having heard the rooms are created by enthusiasts who’ve played around 200 games each, we were expecting good things, starting our day with Labyrinth…

“A recent archeological discovery beneath the Palace of Knossos in Crete has revealed a maze of underground tunnels believed to be part of the great Labyrinth – home to the Minotaur from Greek mythology.

However, the sudden disappearance of the expedition’s lead archaeologist, Professor Ernest Longshaw has fuelled speculation that the Minotaur may be more than just a legend passed on from generation to generation for over 3000 years.

You and your team have been assigned to explore the last remaining passageways of the Labyrinth and reveal the true legend of the Minotaur.

Do you have the skill to navigate your way to the heart of the Labyrinth and the nerve to reveal its hidden secrets? Will you escape with knowledge and understanding or will you suffer the same fate as those before you, forever to be entombed within the Labyrinth?” 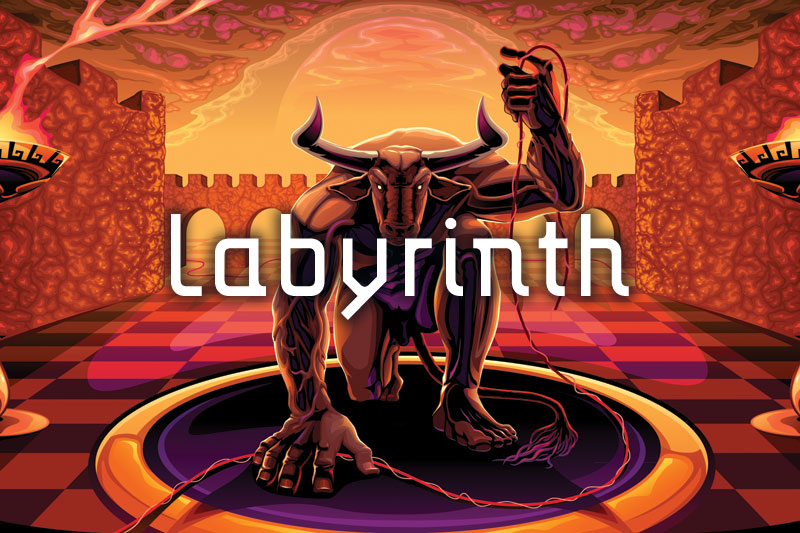 It’s certainly a unique backstory, and a breath of fresh air from the usual prison/Egyptian tomb/detective office scenarios.

The room’s theming lives up to the story without a doubt, with the game taking you through a mixture of spaces, from narrow, cramped corridors, to larger chambers, all of which were decorated at a very good level. It wasn’t quite a maze, but the change of direction each time you moved into another room was quite disorientating, giving it a good labyrinth feel.

The gameplay fitted in perfectly with the scenario, with the puzzles making use of Greek mythology to quite often leave you scratching your head. The mixture of puzzles was spot on in terms of activity and difficulty, switching regularly between wordier more logical tasks, and hands on physical challenges.

The final section of the game was a treat, offering a change of both scenery and pace, with the game splitting from a fairly linear path and cracking wide open with what looked like an hours worth of puzzles.

We enjoyed the game the whole way through (despite a few arguments), with each puzzle clear yet challenging and time consuming.

A great first game from Adrenaline Escape, and one we can definitely recommend when looking for somewhere to play in the North West.

Host: Our host was Stuart, who added a bit of personality to the clue system, meaning his interactions weren’t just helpful, but often funny too.
Clue System: Clues were delivered by Zeus. It was an effective way of pushing us along, and was pretty funny at times too.
Success? Yes, we escaped in 50:42