We only went to Lucardo Rawtenstall to play Corruption, but after escaping, we were convinced to give Gem Runner a go. We originally played Gem Runner at the Manchester Lucardo around one and half years ago, but decided to head in there anyway to see how different it was (and it was a great game anyway, so it wasn’t a chore to replay it!).

“The famous 190 carat Saratov diamond from Russia is being deposited at the central bank in Rawtenstall. Lucardo has hacked the security system, buying your team a one hour window to steal the diamond. Can your team pull off Rawtenstall’s biggest ever heist?” 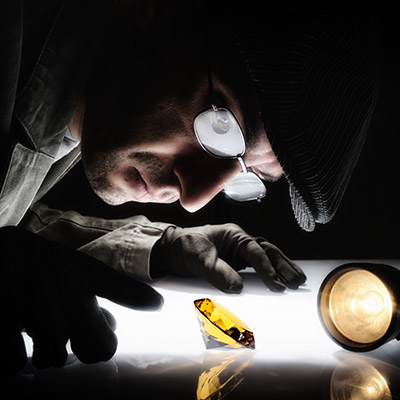 Heading into the room, the authentic bank setting of the original game was well-replicated, and despite it being a smaller space, there was no feeling that it was a smaller game. In fact, there was an additional authentic prop that didn’t feature in the original game that was a nice touch. As with the original game, you eventually head into the vault, and the theming for the new version’s vault is a nice step up. Although, you take a few steps down as it’s in the cellar!

The puzzles were mostly the same, so we were helped along by distant memory, although still struggled on a few obvious things! There were a couple of slight changes, including one puzzle that was very well adapted for the new location.

Without comparing it to Manchester, this is a fun game, set in an authentic feeling bank, with a nice mix of puzzles. It’s a good game for beginners, with nothing too complex, but it’s still a decent challenge for more experienced players.

Overall, a good game, both faithful to the original, and innovative where things couldn’t  be replicated. We had a lot of fun, and we’re glad we decided to give it a go.

Host: I don’t remember our host’s name, but although it was her first day, she did a good job with well timed clues.
Clue System: Clues were delivered via a screen.
Success? Yes, we escaped in… I have no idea, it was nearly two weeks ago! I think there was at least 15 minutes remaining though.