NOTE: This game and company has now closed.

Since our last trip to Trapped In in October 2016, all four games have packed up and moved from Ela Mill to Carne House. Despite the move, the original games are all apparently exactly the same as they used to be, apart from slightly different layouts. It’s taken Trapped In a while since moving to open a new game and give us an excuse to check out the new location, but they finally opened room five a couple of weeks ago, and yesterday we went to play CSI. 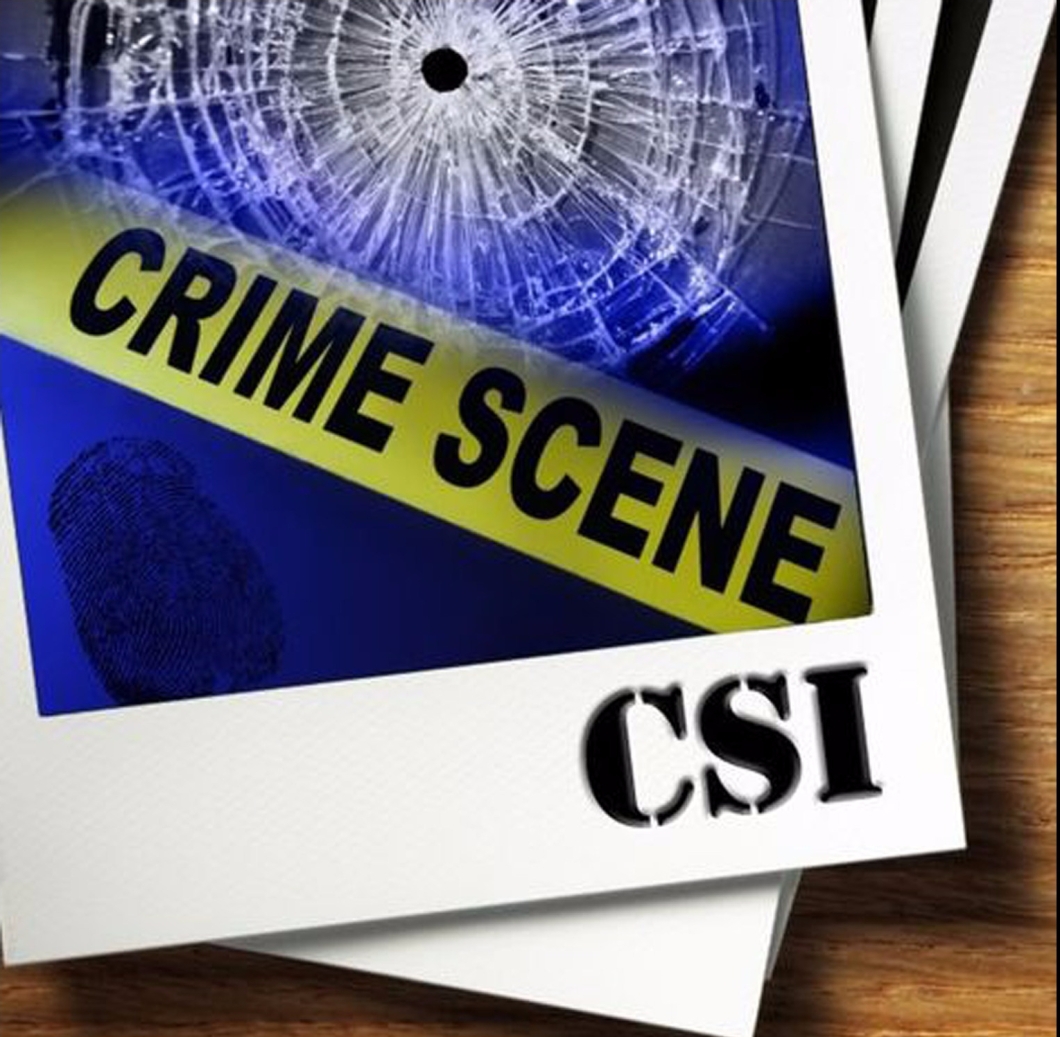 “The scene is set in a swanky London apartment. You and your crack team of private detectives have been granted access to the crime scene. Beware though, your friend on the police force has only managed to get you 1 hour exclusive access, after which time the local constabulary will return and boot you out. All you can see is a chalk outline of a body. But who was killed, and more importantly who was the murderer? Can you establish the facts and get out all within 60 minutes?”

Being set in apartment means you’re not going to walk into the room and go “wow”. However, it was very nicely done and reminded me a bit of fake apartment showrooms you get when you walk through Ikea – just with padlocks and a chalk outline of a murder victim, and a lack of Swedish meatballs. The apartment looked like a very real living room, and even had a wine rack with actual bottles of unopened wine. I resisted the temptation to find a corkscrew. I wouldn’t usually mention a room’s soundtrack, but I enjoyed working our way through the room to an hour of The Who’s greatest hits, although I’m ashamed it took me 20 minutes to work out why that was the music choice. (The CSI TV shows all had tracks by The Who as their theme music.)

The room is described as being a “real challenge” on Trapped In’s website, and we can see why. It wasn’t that there was a lot to do in the room, but was more to do with every puzzle requiring a lot of components. Every time we thought we’d worked out a solution, we discovered we were still missing things, and then had to set about finding them. The room was semi-linear in terms of game play, and was a mix of padlock puzzles and searching. A few of the puzzles felt a little bit ambiguous, and we’d have struggled without clues, while there were others that were very doable, but we kept slipping up over! I don’t think we were at our escape game best during this one, with things we’d usually get instantly taking around five or ten minutes to click.

Overall, another good game from Trapped In. Not their most fun or exciting game, but definitely their most challenging. A team of 2-3 enthusiasts should do a good job with this one, while a team of newbies might struggle with less than 4.

After the game, we also saw into Trapped In’s next game “Interstellar”. Although still clearly under construction, it looked fantastic, and we’re excited to come back and play it when it’s open (Late September/October time we were told!) (UPDATE: Read our review of Interstellar here)

Host: We didn’t catch our host’s name, but he was very enthusiastic and did a great job. We had a good chat with him afterwards about Trapped In, and escape games elsewhere.
Clue System: The clue system in all of Trapped In’s rooms is a screen and a button. You can press the button to request a clue, but extra clues are delivered when your host thinks you need help. The CSI Room was different in that you had to press the button to accept the extra clues, meaning if you wanted to go clue-free for the game, you’d be able to. Our host said they were thinking of implementing this system to all of their rooms. A nice twist on the traditional screen method.
Success? Yes! Somehow, we made it out with 51 seconds remaining, having used 11 clues.